U2 Revival from ITALY 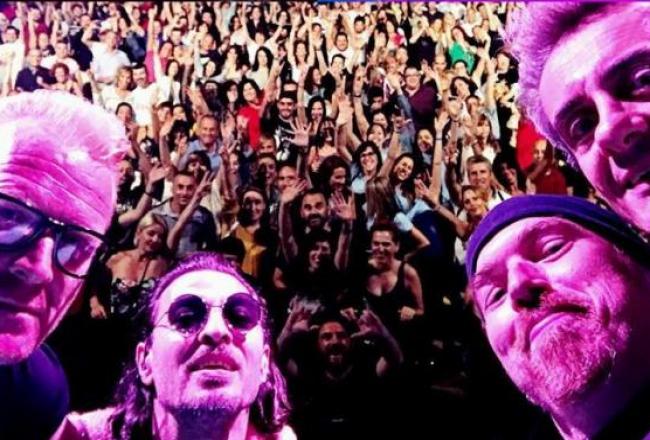 The passion for U2 turns to reality in 1993 into the Achtung Babies idea. The band plays for the very first time in December that same year at Palladium Theatre in Rome Notwithstanding that it was the first time ever that in Italy a band played exclusively music from U2 the feedback was amazing: 1.300 people crowded the theatre solding it out.From that moment on ACHTUNG BABIES have devoted themselves with love and devotion to clone both the music and the look of the Irish group, playing live all their hits and copy their look and clothes, in a few months their passion becomes a real show.The Achtung Babies has played in every type of circumstance: concerts in the stages, theatres, club, business events, meeting, conventions, surprise apparitions for road(made in full U2 style) , besides numerous television apparitions. At the moment the concerts' calendar keeps on growing together with their devoted public, the band keeps its devotion and passion in order to go on deserving of being the most followed, famous and loved Italian U2 tribute.